Leaving a Legacy of Community Service 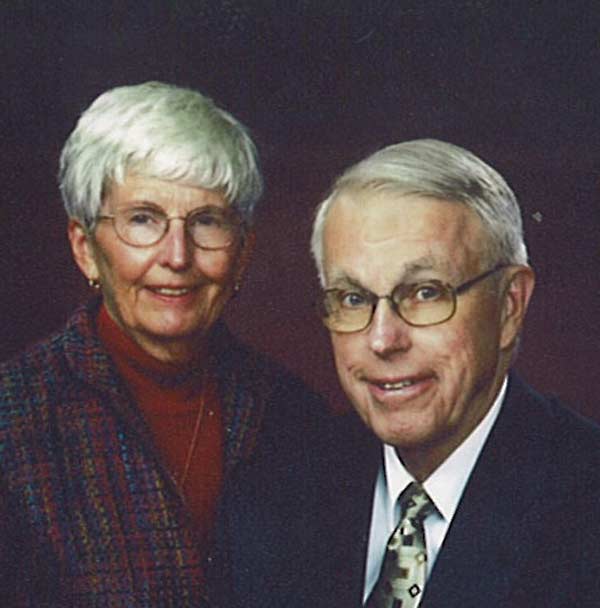 Robert “Bob” and Ann Gephart moved to the Warsaw community in the mid 1960s, with their two young children, Cheryl and Mark, in tow. Bob followed in his father’s footsteps and began a career in banking. He worked as Warsaw-based Lake City Bank’s first trust officer. Ann used her professional demeanor and keen organizational skills in positions with Warsaw Community Schools; first as librarian for Lincoln Elementary and then as secretary for the athletic department at the high school.

Both Bob and Ann were involved in many community projects. Their children were avid swimmers and so they advocated for and helped the high school build a pool for swim meets. Bob was a board member for the Warsaw Community Public Library and the Salvation Army, and a member of the Warsaw Kiwanis (with a 40 year perfect attendance record!) He was also a member of the Kosciusko County Community Foundation’s board, including one term as President of the Board, and a 40 year member of the Foundation’s scholarship committee. Ann has been very active in her church, the First United Methodist Church of Warsaw, and the Salvation Army Ladies Auxiliary and is a member of Salvation Army’s board of directors. She also drove for “Road to Recovery” for many years. When their children were young, Ann hosted Brownie, Girl Scout, Cub Scout and Boy Scout meetings in their basement. The Gepharts also enjoyed delivering Mobile Meals together for many years.

Bob, who passed away in March of 2014, will be remembered for his kind nature, his dry sense of humor, his love for IU basketball and of course his impact on the community. Ann is known for her pies and jellies and her church and service involvement. She continues to enjoy golf and walking.

Ann named her grandmother, “Little Lou Lou” Shaffer as one of the biggest influences in her life. Grandma Shaffer was a friend to everyone, never had an unkind thing to say and lived out her Christian faith. She had three children of her own and helped raise many others.

Ann’s favorite thing about the Warsaw community is that it is so giving and people help each other. She noted that several friends and neighbors mowed their lawn and helped with other tasks when Bob became unable to do so. The Gephart’s daughter, Cheryl, who has moved to several different communities with her own family said, “You don’t realize how nice it is here until you live somewhere else.”

Ann established a Community Fund at the Foundation in 2015. Her purpose was simple. She wanted to continue giving back as she and Bob had spent their married life doing. “Bob enjoyed being on the (Foundation) board and he felt good about the Foundation,” said Ann. Cheryl added that her dad was always forward thinking and enjoyed helping people achieve a better life through opportunity.

Ann and Cheryl’s advice to future generations…give back to the community! Bob and Ann are evidence that a person, a couple, a family can make a difference. The fund they established at the Foundation will do just that, make a difference right here in Kosciusko County, forever.