A Heritage of Hard Work & Sharing 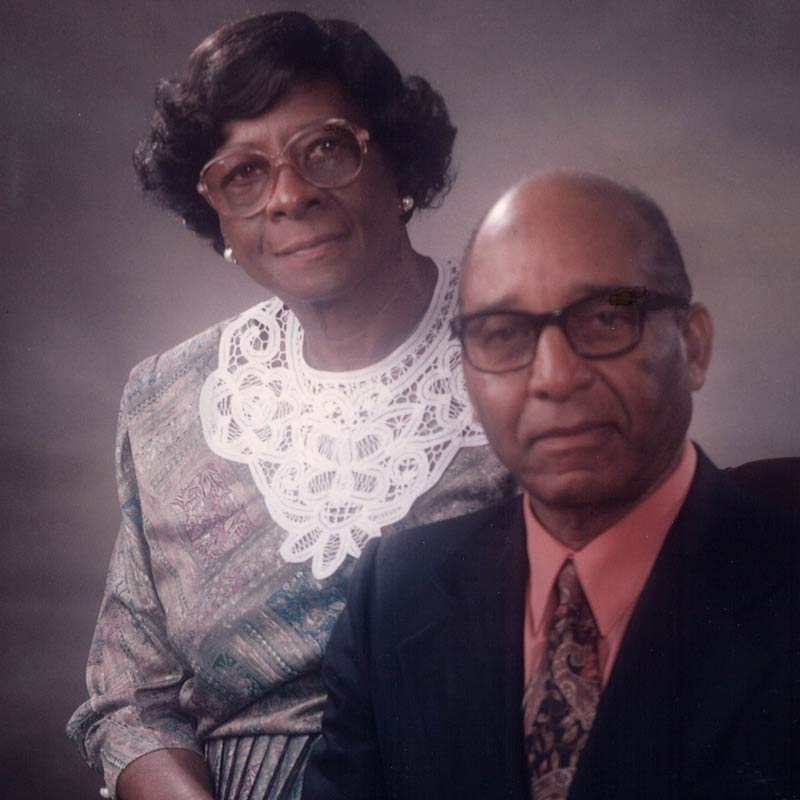 Clarence Cook was born in Georgia in 1922. The son of sharecroppers, Clarence knew how to work hard. As a boy, he had jobs planting and picking cotton. As a young man he worked in a cotton mill and hauled wholesale groceries and lumber.

He met his beloved Hattie “Louise” and began a slow courtship before marrying in 1942. The couple’s two oldest children, Bill and Jack, were born in Georgia.

Clarence found a job with the Hotel Hayes, located in downtown Warsaw where Lake City Bank’s downtown branch is now. He shoveled coal, washed windows and served as a bell hop. Having found stable work, Clarence sent for Louise and their sons to join him. Their youngest child, Mary, was born at the McDonald Hospital in Warsaw.

“There were more opportunities for my family here than in Georgia,” Clarence said. “Better schools. More job opportunities. And we found a church to belong to.”

Clarence worked for the Hotel Hayes for five years before taking a job at Arnolt Corporation where he worked for the next 20 years. The company made nose cones for bombs used in World War II. “We made one every seven minutes,” Clarence recalled.

Throughout his life, gardening has been Clarence’s passion. He always grew enough to share with family, neighbors and friends.

Louise passed away in 2016. She and Clarence enjoyed 73 years of marriage. Together, they had three children, seven grandchildren and 11 great grandchildren.

Clarence continues to receive Mobile Meals and his home is a favorite stop among the volunteers who deliver Mobile Meals.

This fund is open to receiving contributions. If you would like to honor the Cooks and support Mobile Meals, you can make your gift by clicking here. Be sure to indicate on your form that you want your gift to benefit the Cook – Mobile Meals Fund (abbreviated).