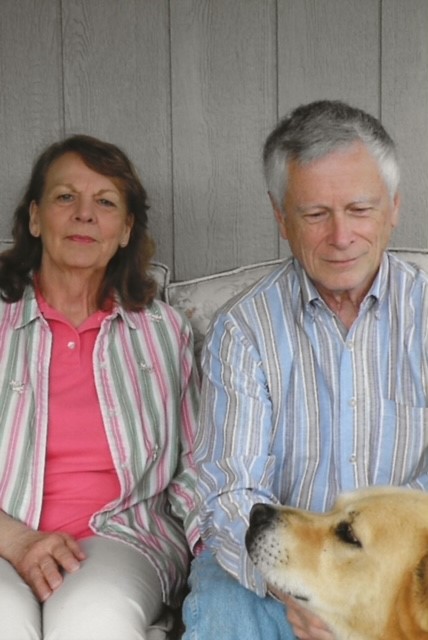 Charles David “Dave” Reinhart knew from the moment he laid eyes on Diana, in 1972, that he wanted to marry her. It did not matter that it was morning or that her hair was still in curlers. Dave intercepted Diana on her way to get the mail and asked her on a date.

It was a match; the couple married later that year.

Dave was a self-taught jack-of-all-trades – a true life-long learner. Above all else, Dave loved electronics. He worked for multiple businesses over his lifetime, beginning with a sales and repair shop in New York state. He even went so far as to assemble his first home computer. Everything he learned he either taught himself or gathered through experience, from telephone companies to sheep farming and more.

Diana was equally intelligent. She earned a teaching degree and taught fourth grade in the school she grew up in: Pierceton Elementary. Diana frequently took trips to gather material for her classroom curriculum. She also enjoyed taking pictures and reading books. She had a special fascination with genealogy – Diana was known to visit libraries, tracing her family history as far as she could.

Of all the places Dave and Diana lived, Kosciusko County seemed to hold a special place in their heart. They returned to Pierceton in retirement; several of their family members still reside in the county. Dave and Diana shared a deep love for learning – the drumbeat to which their entire lives marched. That love ultimately led them to leave a scholarship fund in their will.

Dave’s daughter, Sandra Reinhart Smith, and Diana’s sister, Teresa Steffen, carried out Dave and Diana’s wishes after their passing. Sandra and Teresa chose to keep the scholarship fund at the Community Foundation to benefit students from Pierceton, specifically. Dave and Diana leave a legacy of hard work and learning; now, current and future students can benefit from their generosity.