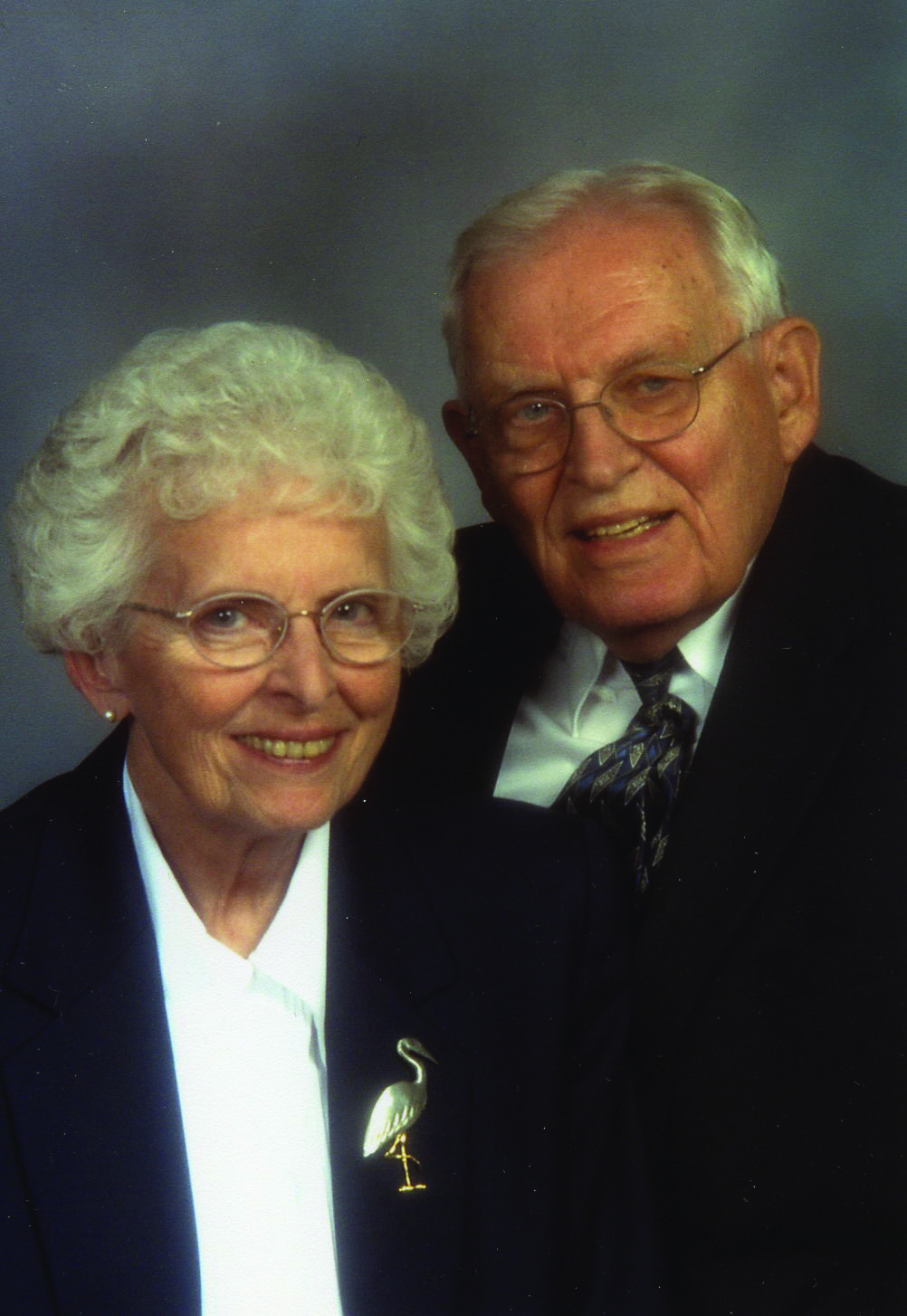 “If there’s any town in Indiana to move to, I’d go to Warsaw.” That’s what a friend of Neal Carlson’s told him back in 1955 when Neal was considering accepting a job with First National Bank of Warsaw. Neal heeded the advice of his friend, and he and Joy have called Warsaw home ever since.

Neal and Joy were both raised on small Indiana farms—in Brookston for Joy and near North Liberty for Neal. Joy finished nursing school and Neal graduated from Purdue University.

“Warsaw was a great place to raise children,” said Joy. “And we think highly of the school system,” Neal added. The Carlson’s raised three children here—Sue, Jon and Jim. In addition to the good family atmosphere of the community, Neal was drawn to what he saw as the relatively recession free economy due to the diversified industry.

Joy’s job as a nurse (first with Murphy Medical Center then with Dr. Keough) led her to realize, along with six other nurses, the need for a Home Health Care organization. Together, they established the county’s first such organization, Kosciusko Home Care & Hospice, in 1976. In addition to her Home Health Care work, Joy has been involved with the Salvation Army’s Women’s Auxiliary, Mobile Meals, the First United Methodist Church of Warsaw and most recently with the Kosciusko County Community Foundation’s Women’s Giving Circle.

Neal was a long-tenured Kiwanian, active in the Kosciusko County Historical Society, the First United Methodist Church of Warsaw, and the Purdue Club of Kosciusko County; and he  served as an advisor for the Lake City Greenway project and was a literacy mentor. His relationship with the Community Foundation began in 1972, when he joined the Board of what was then called the Greater Warsaw Community Foundation. In 1990, as he was retiring from his position as President of First National Bank of Warsaw, Neal became the Community Foundation’s first Executive Director.

Neal and Joy established several endowment funds at the Community Foundation that will continue to do good work in our county, forever. With sincere gratitude, the Board of Directors of the Kosciusko County Community Foundation honors the Carlson’ values of Faith, Family, and Community with the establishment of the Neal and Joy Carlson Legacy Society, which recognized estate gift donors, whose generous legacy gifts will benefit our community, forever.

Neal and Joy both named Joy’s father as the most influential person in their lives. “He was honest, hard working…a good example…It was said that he could pray like a bishop,” Neal said. Joy said both of her parents were very supportive of her, especially as she suffered from Polio at age 16.

Before Neal passed away in 2017, the Carlsons enjoyed spending time with their children, grandchildren and great grandchildren. They loved to travel, having ventured across the United States and to many different countries. They both gave some advice for future generations. “Always set goals, and be a good example,” Joy said. “Live within your means,” said Neal. And both the Carlsons would agree that being involved in community is especially important and a great way to meet good people and to receive much more than you give.