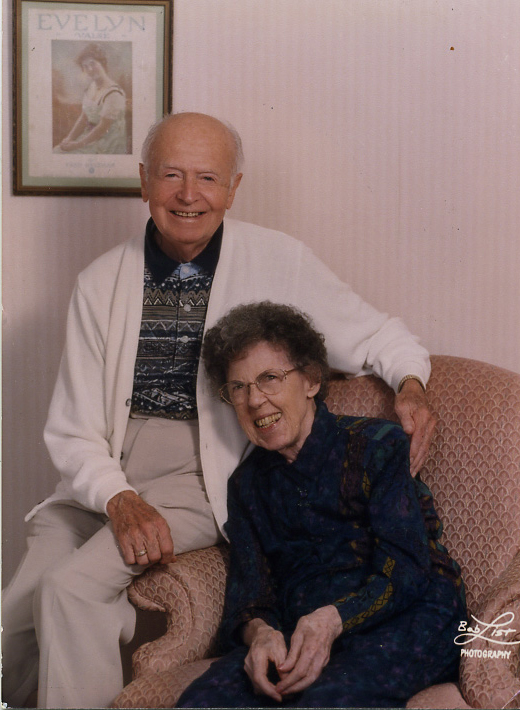 Richard and Evelyn Glover wanted to “give something back to the community that had given so much to us,” when they decided to use the Kosciusko County Community Foundation to reach their charitable dreams.

Mr. Glover was the first president of the Community Foundation and was instrumental in its inception. The Glovers so believed in the positive impact that the Foundation could have in the community that they endowed an operational fund for the foundation’s ongoing support.

The Glovers, along with their daughter, Jane Glover-McInnis support other charitable interests through the Foundation including the arts, and various non-profit service agencies.

In 2005, Mr. Glover and Jane Glover-McInnis celebrated the groundbreaking of the Glover Pavilion at Central Park, a pavilion and staging area that will be used by musicians, performers and entertainers.

Mr. Glover attended DePauw University from 1932-1933 and was manager/owner of Glover Furniture, Inc. in Warsaw. His hobbies include travel and gardening.

He names Pastor Harold Elsam, of First Christian Church in Veedersburg, Indiana and his Aunt Cora Punell as great life influencers because of their good example and help in his character development.

“Be good and kind to others; strive to follow the Golden rule and many blessings will come your way,” is Mr. Glover’s message to future generations.