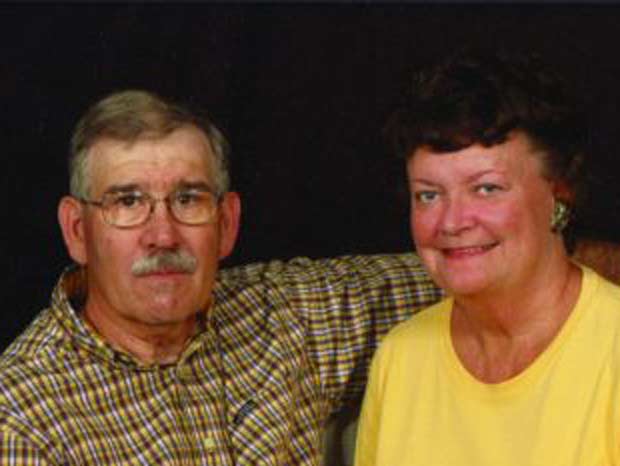 Homer and Marcia Ousley spent their married lives together in the communities of Mentone and North Manchester.

Homer served in the U.S. Army and then attended Purdue University where he earned both undergraduate and graduate degrees. He put his education to good use, working as a farm manager for Creighton Brothers and operating his own farm where he raised corn and soybeans.

Marcia enjoyed being involved with her church, visiting people in nursing homes and writing notes of celebration or encouragement to those she knew. When Marcia passed away in June of 2017, nearly everyone who attended her funeral remembered receiving notes and cards from Marcia. Homer estimates that Marcia mailed at least three cards or letters each day.

After Marcia’s passing, Homer decided to establish a scholarship endowment fund at the Community Foundation that will benefit students from the communities where he and Marcia lived and worked: Manchester Community Schools, Tippecanoe Valley School Corporation and Whitko Community Schools.

“The best tool against poverty is education,” Homer said. “Education will raise people to a different standard of life.”

Homer reflected on the values that he and Marcia strive to live out and the message that he hopes this fund will offer to future generations. “Have respect for humanity. Serve the brothers and sisters of the world. Character, love and compassion are the most important qualities.”

If you are interested in leaving a legacy, learn more about our donor services here.