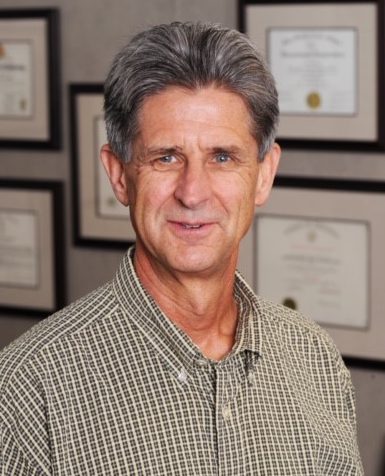 Doctor Steve Grossnickle was a man of many talents and ventures. Originally born in Wabash, Indiana, to Jane and Paul Grossnickle, Steve’s family moved around to follow his father’s Navy career. When Steve was 8 years old, his family settled in Warsaw. In 1957, his father established a local optometric practice, which sparked Steve’s passion for ophthalmology.

Steve graduated from Warsaw High School. He received his undergraduate degree from DePauw University and his Medical Degree from Case Western Reserve University. Following his residency in ophthalmology at University Hospital and Cleveland Metro Hospital in Cleveland, Ohio, Steve served two years active duty in the Navy and was stationed at Bremerton Regional Medical Center in Bremerton, Washington. He continued his service with six years in the Naval Reserves.

In 1978, Steve began his ophthalmology career by joining his father’s optometry practice and helped grow it to become the Grossnickle Eye Center. Later, Steve’s younger brother Bruce also joined the family practice. Grossnickle Eye Center built one of the first ever onsite surgery centers in 1987 and expanded to open two other locations in Mishawaka and Elkhart. Steve was a dedicated and passionate surgeon who loved his career helping people with their vision until his retirement in 2012.

During his residency, Steve met his wife, Lori. Steve and Lori were married in 1975 and had three children, Brian, Eric, and Katie. The family owned a vacation cottage in Little Traverse Lake, Michigan, and vacationed there frequently beginning in 1982. They quickly fell in love with the area, and in 2006, Steve and Lori purchased a 100-acre property and opened a winery. 45 North Vineyard & Winery began as a hobby for Steve, but soon became a successful family-run business venture. Brian and Eric, along with Eric’s wife, Alanna, are all active in the family winery business.

Aside from his passion for ophthalmology, the winery, and his family, Steve enjoyed playing golf, the stock market, puzzles, wallyball, and competitive ballroom dancing. He was also active in the Warsaw Rotary Club, held a pilot’s license, made wood and acrylic pens, and was talented at silk-screening. He was passionate about education and enjoyed reading up on new trends in ophthalmology and the world. Through Steve’s many passions in life, his love for his family shone above all else. His dad was one of the most influential people in his life, helping shape his work ethic, dedication to serving his country, and his career. Steve was immensely proud of his children and their many accomplishments.

When Steve passed away on August 27, 2019, his family established the Steve Grossnickle Memorial Scholarship Fund to provide educational scholarships for students pursuing a medical degree. Steve had an avid sense of community and giving back was truly the backbone of his nature. He and Lori had been active with the Community Foundation for decades, so when he passed, Lori knew the best way to continue his legacy in the community he loved was to provide educational scholarships for future students. And to those future students, Steve would have said, “Set your expectations high, work hard to achieve your goals, and never forget the importance of family.”