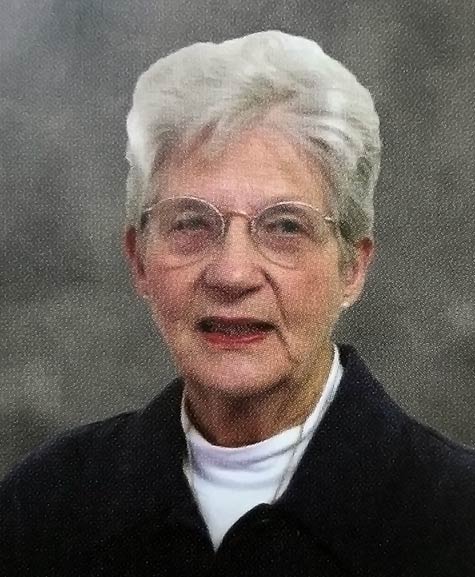 Despite enduring hardships throughout her life, Judy Buehle is remembered as a wonderful, loving woman with a passion for music and caring for children.

Judy was born in Mishawaka, Indiana right before World War II in 1938. Her mother suffered from a mental illness, and after the war, Judy’s parents became abusive. When she was just 10-years-old, Judy left her parents and traveled on a bus to her grandmother’s house in Atwood. Judy never returned to her parents. Her grandmother raised her and was very close to Judy.

When she was a young woman, Judy married Carl Buehle and the couple moved to Warsaw. Unfortunately, Carl died suddenly at a young age and left Judy a widow.

As she was suffering the loss of her husband, Judy found comfort in music. She was a talented musician and volunteered as the organist at her church, Trinity United Methodist Church, for many years. She was also involved with the women’s group at Trinity. Judy had a beautiful voice and used her talent to sing with the Purdue Extension Choir. She also volunteered her time to deliver Meals on Wheels.

Mike and Jasmine Schlitt remember Judy fondly. She was a nanny to their four children for 17 years. Judy became an honorary member of their family and enjoyed starting traditions with the kids, including trips to Fort Wayne, shopping and eating at Olive Garden. “She was such an amazing and helpful woman!” Mrs. Schlitt recalled. “She could also bake the best cherry pie around!”

Judy’s love of music left an especially big impact on the Schlitt’s youngest daughter, Sophie. “Judy used to sing with her and was the first person to realize Sophie had a lovely voice,” Mrs. Schlitt explained. As a high school senior, Sophie decided she was going to study musical theater in college, largely due to Judy’s example as a musician.

Judy’s passion for classical and Christian music led her to establish an endowment fund at the Community Foundation. The Judy A. Buehle Music Endowment Fund provides support for classical music and Christian concerts in the Warsaw area for the public to enjoy.