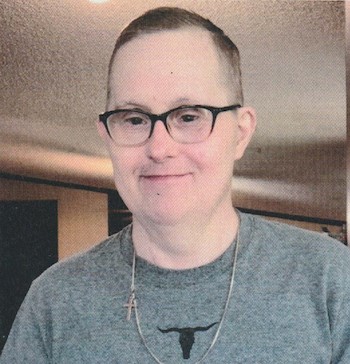 Troy passed away in 2021 at the age of 56. Prior to his passing, he had been a resident at Cardinal Services in Warsaw where he made many new friends.

Born in 1965 to Paul L. and Beverly Sue Murphy, Troy lived most of his life in the Akron area with his mother. He was a graduate of Tippecanoe Valley High School, class of 1983, where he took part in the Special Education Life Skills program. He was also a manager for the varsity baseball team during his four years of high school and earning his varsity letter.

“Troy was a die-hard Viking,” said Jeff Murphy, Troy’s eldest brother. “He was loved by so many in the school and in the community. We want this fund to honor Troy’s memory by supporting the Special Education program that enriched his life.”

After high school, Troy worked at Viking Foods in Akron for 27 years, and loved his time with the company. He was well known and beloved by customers and members of his community.

Troy was a member of the Silver Creek Church of God in Silver Lake. He was also a member of the Akron Lions Club and was eager to help with any task. He participated in The Special Olympics of Fulton County competing in track and bowling. He also enjoyed shooting baskets and took up bocce ball later in life. Troy was also a regular attendee of “Camp We-Can” in Rochester.

Troy moved to Cardinal Services in 2017, where he became an active member of the community there. He loved to be highly involved and to get to know everyone! During his time at Cardinal, Troy made an enormous impact and will be remembered for his determination and enthusiasm for life.

The Troy Murphy Memorial Fund was established by Troy’s brothers and sisters-in-law: Jeff and Tami Murphy of Warsaw, Bryan and Tracy Murphy of Akron, and Ryan and Becky Murphy of Rochester.