Supporting the county they loved 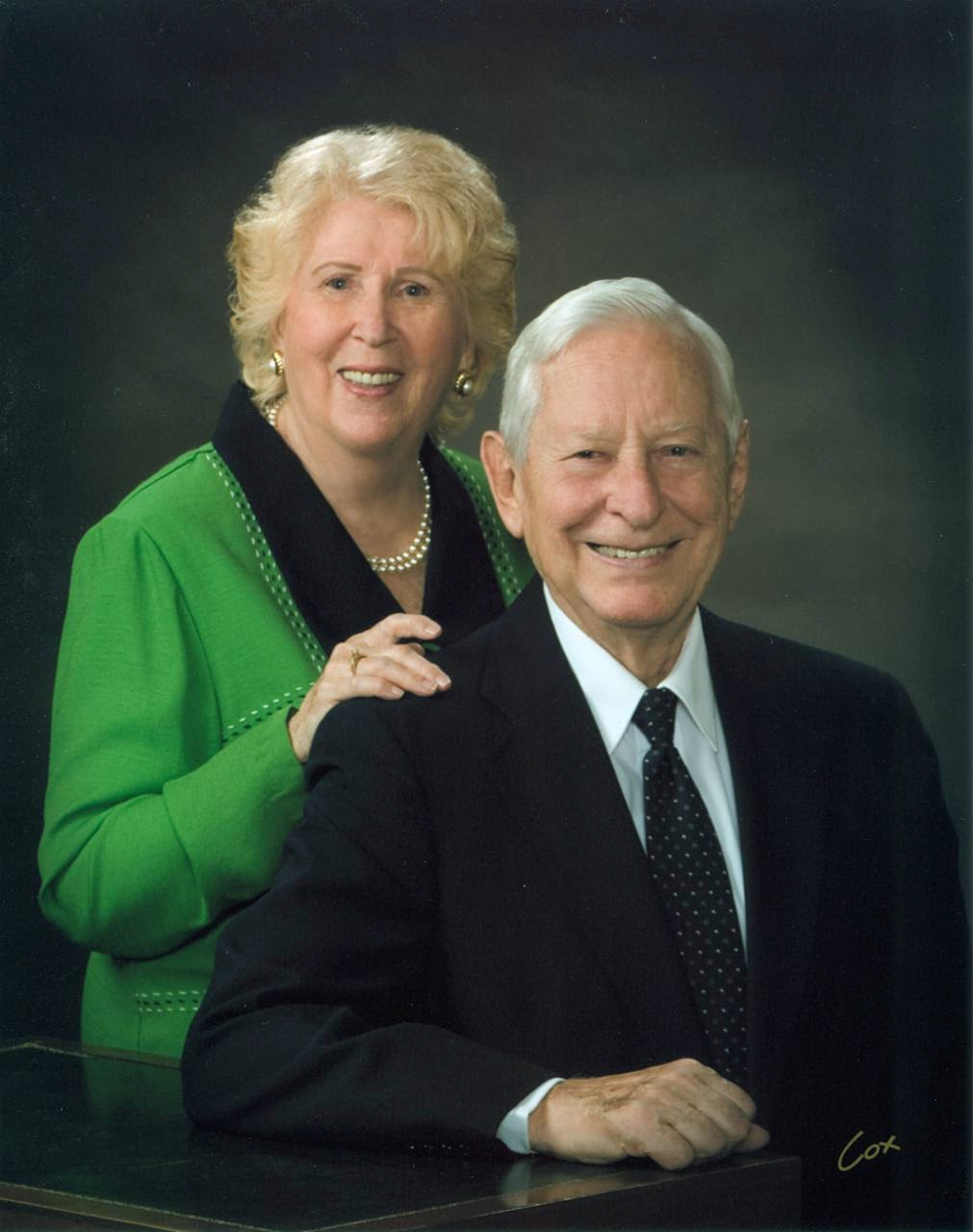 The George and Patricia Lenke Community Fund was created by Patricia (Pat) Lenke and funded with a gift of real estate to meet the changing needs of Kosciusko County. The fund is a testament to the love of the Warsaw community that Pat and her late husband, George, demonstrated during the 55 years they lived here.

The Lenkes chose to give back to their community through a fund at the Community Foundation so that their gift can have an impact wherever the need is greatest each year. Patricia says she is delighted to be able to “support our wonderful county.”

George and Pat moved to Warsaw in 1957 when their family company, Da-Lite Screen, relocated to the town. George and Pat raised their three daughters in Warsaw: Barbara, Sandra, and Nancy.

George H. Lenke, Jr. was born in Cicero, Illinois, to George H. Lenke, Sr. and Gertrude Krefft Lenke. During World War II, he served as an Army Air Corps B-17 bomber pilot. Following the war, he obtained the rank of Major while serving in the Air Force Reserve in Illinois and Indiana until the late 1970s.

Patricia J. Cooley was born in Indianapolis, IN, the daughter of Chester C. Cooley and Deborah Shultz Cooley. The family later moved to Chicago, where Pat met George on a blind date on New Year’s Eve.

George and Pat married in 1947. In 1951, George graduated from the University of Tulsa and then he joined his father-in-law, Chester Cooley, as an Engineer at Da-Lite Screen Company in Chicago in 1953. He was named President of Da-Lite in 1963 and continued with the company until his retirement in 1994.

During this time, George and Patricia traveled throughout the world and made life-long friends associated with Da-Lite. George was a passionate Chicago Bears and Cubs fan, loved telling jokes, enjoyed many green-thumb summers gardening at his home on Lake Tippecanoe, and was an avid golfer, bowler, and fisherman.

He was a Paul Harris Fellow in Rotary International, a member of Tippecanoe Lake Country Club, instrumental in the establishment of Kosciusko Community Hospital, and served as Chairman of the Board of the First National Bank in Warsaw and as a Director of the Warsaw Chamber of Commerce.

Patricia enjoys keeping in touch with her many friends through letter writing and spending time with her family. While living in Warsaw, Patricia was involved in Tri Kappa and Mother’s Study Club while raising her daughters.

The Lenkes were members of Redeemer Lutheran Church, Warsaw, for more than 50 years. Patricia fondly remembers the friendships the couple formed in Kosciusko County and enjoyed spending summers on Lake Tippecanoe.

Pat says that her mother, Deborah Cooley, was the greatest influence in her life, teaching her the importance of kindness, generosity, creativity, and adventure! For George, his father-in-law, Chester Cooley, was an important influence, teaching him the value of education and hard work.