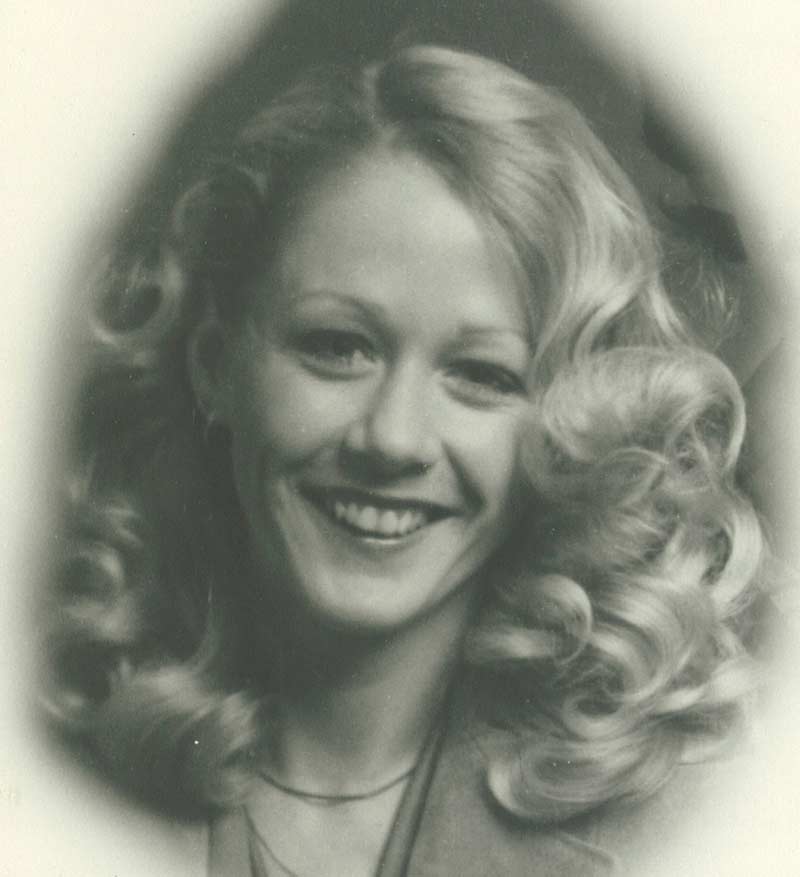 Next scholarship season will mark the 25th anniversary of the establishment of the Teresa (Teri) K. Jones Memorial Scholarship. Her friends and high school classmates wanted to mark the anniversary with a remembrance of Teri’s life, a life that came to a tragic and violent end when she was murdered in 1986. Her friends want people to remember Teri’s life, not just her death and so they asked that we share some special remembrances of her. Friends that contributed to this article via interviews and emails included: Steve Foster, Karen (Beigh) Foster, Dana (Duncan) Wyatt, Debbie (Marsh) Plummer and Anna (Stevens) Paulus.

A little about Teri

Teri was the only child of Bob and Bettye Jones. They had a house in Melody Acres, and it was the place to be! Teri’s good friend, Steve Foster, remembers dropping by her house with his date and finding his friend George Clemens there with his date too – even on nights when Teri wasn’t home. That’s how fun Bob and Bettye were. “We would eat popcorn, play cards and talk,” Steve recalls.

Her friends recall that in high school Teri was a Tigerette, in the band, ski club, senior play, speech competitions and involved in an environmental club. Karen (Beigh) Foster said Teri had an “effervescent personality.” And that she loved life. “She was cheerful, pretty, kind and had an infectious laugh,” Karen said.

Anna (Stevens) Paulus and Teri developed a friendship in elementary school. Anna’s memories range from slumber parties to senior prom, when Teri took as a date a friend of Anna’s boyfriend. She recalled Teri’s athleticism noting that she rode her bike from her home in Melody Acres to her lifeguarding job on Irish Lake.

Debbie (Marsh) Plummer said that Teri was a good friend, had a lovely personality, positive attitude and great smile.

After high school, Teri went to Purdue University where she majored in Radio, TV and Film. She moved to Tulsa, Oklahoma and began working in sales for KOTV – Channel 6, a CBS affiliate. One of her co-workers there remembered Teri as very professional, well organized, talented and artistic.

Dana (Duncan) Wyatt recalls many nights spent at Teri’s home when they were growing up. She considered Bob and Bettye Jones to be like her second parents. The last time she saw Teri was at a class reunion in 1981. She remembers thinking that Teri hadn’t changed a bit – still had such a joy for life.

In June of 1986, Teri and a friend arrived at Teri’s home after a bike ride. Teri was training for a triathlon. They had plans to go out for dinner. Teri and her friend walked through the front door. A man that Teri had ended a relationship with quite some time before then burst through the door after them. The man was yelling and had a gun. Teri and her friend ran out the back door of the home, but Teri was unable to escape the man. He shot her two times, and Teri died.

Steve Foster and George Clemens flew out to Tulsa as soon as they got the news. They attended Teri’s funeral and tried to comfort Bob and Bettye Jones, whom they cared for like family. They continued to spend time with the Jones’ for many years after Teri’s death.

Bob Jones passed away in 1990. Bettye established the Teresa K. Jones Scholarship at the Community Foundation. The scholarship is awarded annually to female who is graduating from Warsaw Community High School. Teri’s classmates serve on the recommending committee.

Teri’s friend, Steve Foster said, “Teri was an only child. Her mom and dad are both gone. This scholarship is the only tangible remainder of her life.” And so, Teri’s classmates continue to meet each year to remember Teri and to select a student who they feel embodies what made Teri so special – involvement, kindness and a joy of life.