Coach’s Memorial Fund Helps Youth with Their “Next Step”

A new scholarship was recently created at the Kosciusko County Community Foundation. Family and friends came together to honor the late Dave Kistler and ensure his legacy will live on through the inception of the Dave Kistler Memorial Scholarship Fund. The fund will be utilized to provide scholarships to senior athletes at Wawasee High School who are pursuing higher education. This fund is a true reflection of Kistler’s life, as he devoted much of his time and energy to giving back to local youth, both as a coach 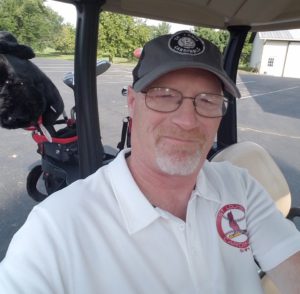 and a mentor. Scholarship application forms will be available in the guidance office at Wawasee High School.

As a 1986 graduate of Wawasee High School, Kistler excelled at playing baseball and basketball which earned him a baseball scholarship to Huntington College. Ultimately, he chose not to finish his four year degree at Huntington, instead focusing on heating, ventilation and air conditioning certifications and construction, both areas he became highly skilled in. Kistler continued to play softball and baseball for recreation which led to coaching teams for his children, Jordan and Hannah, as well as creating a private coaching/mentoring program called “Next Step.” Kistler’s philosophy on coaching was not only physical, but mental. Kistler believed the game was not just about hitting a ball and running bases but about attitude, sportsmanship and intellect.

His wife, Amy Kistler, said of him and the creation of his memorial fund, “Dave may have left us too soon but he will continue to be remembered for the countless hours and selfless dedication he had for this community.”

Since 1968, Kosciusko County Community Foundation, Inc. has helped donors achieve their charitable dreams. The Community Foundation is a public charity that grants about $3 million annually in the areas of education, health, arts and culture, recreation, civic projects, environment and human services. Gifts made to the Community Foundation are tax-deductible. For more information, call 574-267-1901 or visit 102 E. Market Street, Warsaw.